Grace Before Meat (2018) is a collaborative project between Louise Anderson and Jane Glennie. Having researched the archives of the Suffragette Movement and taken part in the Women’s March on Sunday 4th March, they will create an installation for International Women’s Day – Wednesday 7th March 2018 – at the Stanley Picker Gallery, Kingston University. The title is adopted from a satirical leaflet about the force feeding of Suffragette prisoners.

The work is a memorial to the men and women imprisoned in the name of suffrage while mulling over the present scenario for women. A Roll of Honour, compiled anecdotally circa 1950, documents 1094 people imprisoned in the period 1905–1914. Many names are partial, and it is highly likely that many more had already been forgotten. The names we do have will be assembled in situ and laid on a lawn, signifying the importance of remembrance in the centenary of The Representation of the People Act 1918, while sound in the room will be originate from the Women’s March on Sunday 4th March and will signify the steps still to be taken. The World Economic Forum’s 2017 Global Gender Gap Report findings tell us that gender parity is still over 200 years away. One hundred years on from the Act, the campaign theme for International Women’s Day 2018 is #PressforProgress.

We were also lucky to have a visit from Cllr Julie Pickering: Mayor of the Royal Borough of Kingston Upon Thames 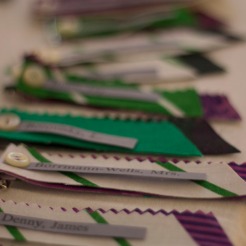 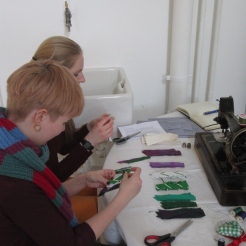 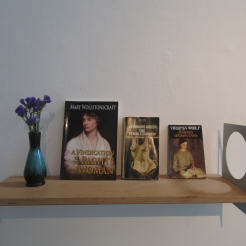 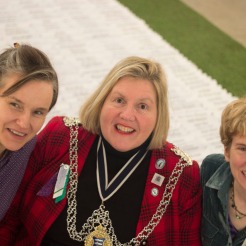 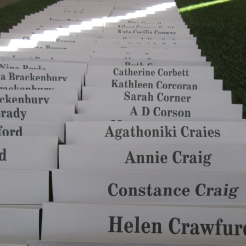 Names of those imprisoned 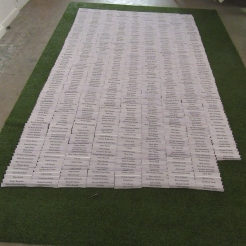